where it’s nice to rest

with respect for produce and local traiditions

A *** hotel with a modern charm

with an active team

the advantage of a calm space in the city center

with a charming atmosphere

He introduces you to a cuisine, both remarkable and inventive, elaborated around products from markets and local producers. The menus that he creates come from his passion for cooking with an entirely homemade method, using fresh products. His cuisine is a creation of taste, and is regularly renewed.

For Xavier Spadiliero, cooking is a real passion. He is issued from a catering school in Grenoble then later in Toulouse.

It was in 2005 that he opened his restaurant in Vic-en-Bigorre. He is a member of the Cuisinerie Française. His secret is a permanent reinvention of classic recipes with everything being handmade.

He collaborates with local farmers to provide us with the best products from the area, like the black pork of Bigorre, Tarbais beans, Astarac chicken, trout from the Pyrénées, bio lentils, safran, creams, etc.

All of his partnered producers are mentioned on his menu.

His « home » cooking is a true culinary legacy that he offers to us with much love and care for beautifully made dishes. For children, he offers a flavorful discovery menu.

Xavier Spadiliero has now taken on the title of « Cuisine Gourmande » allowing his town to display « Ville Gourmande », an attractive commendation.

He invests in his town. As a part of the popular gastronomy festival in Vic-en-Bigorre : « Les Tablées de Vic », where every evening, 8 chefs have a mission to have their respectable talents discovered and make their values mostly local. Xavier Spadiliero, as well as being one of the 24 participating chefs, shares his cuisine with his candidates during the 3 days of the festival.

In 2017, he was one of 7 chefs (from New-York to Tokyo) to be invited by the ‘Assocation Interprofessionnelle du Haricot Tarbais’ to revisit the famous Cassoulet recipe. The demonstration took place in Toulouse.

In 2015 and 2017, he participated in the Fêtes des Vendanges (link) at the Château de Crouseilles during which he presented an activity called «Mets et Vin » with a wine producer . 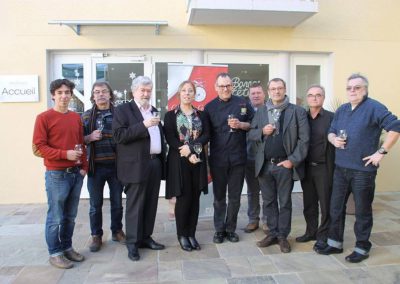 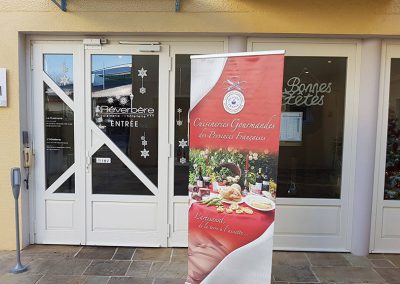 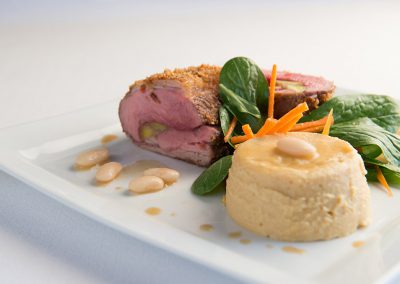 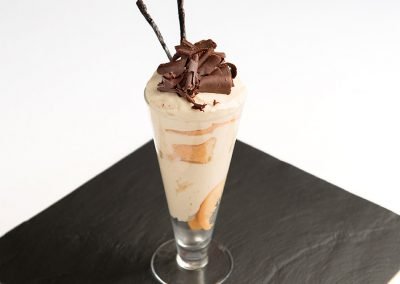 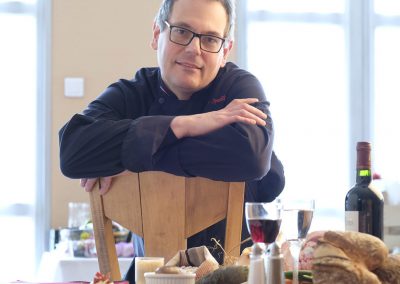